As we continue to face the horror of murder our African American brothers and sister and burning of their churches, it feels like our experiences in the South 50 years ago are not as far away as we had hoped, planned – expected. I’m inspired to see new young leaders emerge to carry on the Civil Rights Movement, a Movement that has never really ceased since the first human was enslaved in this country. But we have a long road ahead.

As a 19 year old, I volunteered to support what seemed like an ongoing battle of the Civil War in Wilcox County, AL. Exhausted from a sleepless night on the floor of Antioch Baptist Church, listening for KKK to return, Sunday afternoon, three of us white girls were told we could stay at Camden Academy, a school with running water, a rarity in the segregated school system:

“Although founded by The Freedmen’s Board of the United Presbyterian Church of North America in 1894, by the 1960s the Academy was accredited under the Wilcox County School Board in order to maintain segregation. The Camden Academy campus, which housed the elementary, junior high, and high school, was considered the crown jewel of this system, even though the students received tattered books and broken equipment discarded by the white public schools. … These students had been the most active in the Spring demonstrations and would be our strongest local co-workers. 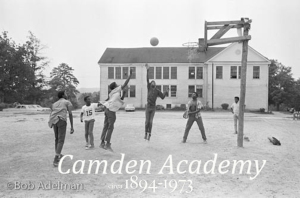 Rev. Threadgill aided the students with their protests and stood up for them to Mr. Hobbs, the principal who objected to the disruption of classes. Rev. Threadgill defended the students who left school to march and participate in boycotts and he even went with them. Both his livelihood and his housing depended on his position at the school as chaplain and teacher, so standing with the students over the administration took true courage. Rev. Threadgill’s leadership along with a handful of other brave teachers inspired and supported the activists students. His powerful oratory and fearless stands before the white authorities made him the most respected local leader I met during the time I served as field worker.” – excerpted from “This Bright Light of Ours:Stories from the Voting Rights Fight” University of Alabama Press, 2014.